According to the Ministry of Industry and Production, the National Motor plant in Karachi manufactured the first vehicle in 1953. General Motors facilitated the production of Vauxhall cars and Bedford trucks. The plant also assembled the buses, trucks, and cars subsequently.  Ford pickups, Ford Kombi and Ford Anglia were introduced by Ali Automobiles after the partnership with Ford trucks. Car battery production was also started in 1953 by Exide Pakistan.

Massey Ferguson Tractors were introduced In 1964 by Rana Tractors while Raja Auto Cars introduced the famous Vespa scooter and rickshaw.  Manno Motors and Jaffer Industries were established in 1965.

The government of Pakistan nationalized many companies in 1970 and formed Pakistan Automobiles Corporation (PACO) in 1972.  Most of the companies merged into others.

The government regularized the industry in 1990. The industry moved from nationalization to privatization and brought a huge boom in the production of automobiles. 40% share of Pak Suzuki was acquired by Suzuki Japan in 1991. The production of Toyota corollas was started by Indus Motors Company in 1993. Pakistan Automotive Manufacturers Association was formed in 1994. Honda Civic was introduced by Honda Atlas.

From 2001 to 2007, Afzal Motors started the assembly of Daewoo buses and trucks.

There was an increase in the sales in the industry of automobiles and the demand was growing in the year 2010. More than ₨20 billion (US$120 million) was invested in this period. In 2016-17 there was a record production of motorcycles. To help new automakers the AUTOMOTIVE DEVELOPMENT POLICY (2016-2021)  was introduced. The second-largest taxpayer’s industry is the automobile industry in Pakistan. The assembly of the sedan corolla by Toyota and Isuzu d-max by Ghandhara Nissan was started at the local level in Pakistan.

Pak Suzuki Motor Company (PSMCL) is affiliated with Suzuki Japan. It is not only an assembler but also a distributor of cars manufactured by Suzuki at local as well as foreign divisions. Pak Suzuki Motors is the largest producer of cars in Pakistan.

At the end of the year 2022, and the start of 2023, Suzuki Alto booking in Pakistan is closed. Find the details below.

Toyota Indus is also known as Indus Motor Company Limited. It is the authorized assembler and manufacturer of Toyota and Daihatsu vehicles, auto parts, and accessories. It is based in Karachi. Indus Motors is a joint venture between the House of Habib, Toyota Tsusho, and Toyota Motors. It is working since 1990. It has a huge manufacturing plant located at Port Bin Qasim, Karachi.

Know about the Auto Insurance 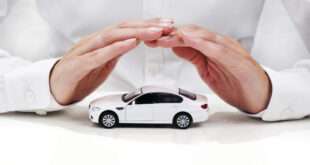 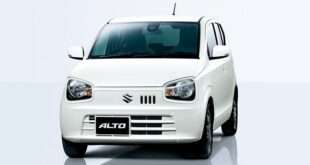