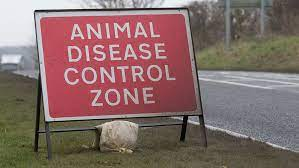 In a significant effort to combat future avian influenza epidemics, government agencies and ministries have teamed up with the UK’s premier scientific groups. The decision was reached in the aftermath of the UK’s greatest and longest-ever avian influenza (AI) outbreak.

After the virus continued to circulate across Europe into 2021, winter cases began to surface in the UK in November last year, weeks earlier than usual.

More than 100 cases have been reported in the UK since November, over four times the previous high. And the outbreaks have lasted significantly longer than usual, with three instances reported so far this month in Shropshire and Sussex.

The Animal and Plant Health Agency (Apha) has organized an eight-member consortium to investigate why the outbreak has been so severe.

It will be supported by £1.5 million from the Department for Environment, Food and Rural Affairs and the Biotechnology and Biosciences Research Council (BBSRC).

According to a BBSRC representative, the goal is to create new techniques to combat the disease and identify new ways to contain future epidemics.

The group will look into a variety of factors that led to the intensity of the outbreak in 2021-22.

Why do today’s viral strains cause larger, longer outbreaks?

Understanding virus transmission and infection in various bird populations, as well as how the virus spreads from wild to farmed birds and biosecurity flaws

How could transmission be addressed?

The transmission of infection through time and across species is being mapped and modeled.

Why are some bird species more resistant to avian influenza viruses than others?

The group will use the data to create models that will forecast how the virus will change and spread in the future.

It will also concentrate on the disease’s spread into human populations, with a variety of control strategies being devised.

The National Farmers’ Union (NFU) has praised the consortium approach.

“It’s fantastic to see the government take a proactive step to help the sector handle the sickness in the future,” says a commenter after the “biggest AI outbreak the UK has ever seen,” said James Mottershead, chairman of the union’s poultry board.

“AI has been devastating for many chicken producers across the country, bringing agricultural families hardship on an emotional, mental, and financial level.”

We want to collaborate with the government to reduce the effects of any future AI outbreaks so that we don’t have to go through another year like this.”

The union also emphasized the importance of remaining watchful in instances that are still ongoing.

Christine Middlemiss, the chief vet for the NFU and Defra, offered the following biosecurity advice:

Before and after contact with chickens, clean and disinfect clothing, footwear, equipment, and vehicles – if possible, use disposable protective apparel.

To avoid contamination from manure, slurry, and other products, limit the movement of people, vehicles, and equipment into and out of locations where chickens are maintained.

Use vermin control that is effective.

After each production cycle, thoroughly clean and disinfect the housing.

Maintain a supply of fresh disinfectant in the proper concentration at all points where it is required, such as farm entrances and before entering poultry housing or enclosures.

Minimize direct and indirect contact between poultry and wild birds, including ensuring that wild birds do not have access to all feed and water.

What is the prevention and control of avian influenza?

If at all possible, avoid going to poultry farms, bird markets, and other locations that raise, keep, or sell live fowl. Wash your hands after handling uncooked poultry and avoid consuming raw or undercooked poultry items. Maintain a clean and hygienic environment. If you fall ill while traveling or just after, see a doctor.

WHO declares the country free from avian influenza?

How can you prevent the spread of avian influenza in birds?

Clean your hands, egg trays or flats, shoes, clothing, crates, cars, and tires. Keep cleansed and disinfected tools and equipment away from wild birds. Before and after entering a poultry area, wash your hands and clean your boots. If you can, put on disposable coveralls and boot covers.

How does avian influenza or bird flu support the theory of evolution?

Genetic diversity, inheritance, selection, and time are all things an organism needs to evolve through natural selection, and viruses have plenty of each. And that’s the worry. The rapid evolution of the avian flu virus makes it likely that it will eventually take a form that can be transmitted from person to person.

How can we prevent the spread of the flu in case of chickens are infected?

Avoid coming into close contact with infected or suspect birds and animals, particularly their excretions like saliva and droppings. Avoid consuming poultry items like chicken and eggs that are raw, undercooked, or partially cooked. The bird flu virus is destroyed by cooking for 30 minutes at 700°C. It secures food.

The majority of chemical disinfectants, including those found in laundry detergents, easily inactivate the enveloped avian influenza viruses in warm environments (4–6). However, disinfectants might not be successful at eliminating viruses at temperatures below the freezing point (7).

How can poultry farmers best prevent diseases like bird flu?

The greatest method to maintain the health of your flock is to prevent sickness. Keep your flock separate from wild animals and birds that may carry diseases. Your poultry area and equipment should be kept tidy. For at least 30 days, keep new or returning birds apart from your flock.

What are the causes of bird flu outbreaks?

(Bird Flu) The influenza A strains that cause avian influenza typically only infect wild birds and domestic poultry. Some of these strains have been linked to infections in people. There is very little human-to-human transmission; most instances are contracted from animals, usually poultry.